Now anyone who lives in a region in this country has surely heard of bands like Double Barrel, Hogleg, Burt Stink and the Salisbury Steak Boys, The Buckshot Band, Whiskey River, or Sammy Porkhammer and the Swine Boy, but one name soars above them all—Redwing Blackbird. At a time when many artists were avoiding the Nashville country music establishment in pursuit of higher artistic ideals, these boys weren't known there for entirely different reasons...

Perhaps it was the legendary unreliability of their makeshift pickup truck/bus conversion, coupled with their notorious lack of navigational skills, potentially confounded by their alleged illiteracy, which prevented them from ever getting within 60 miles of Nashville's city limit… And that isn't to say that they would not have taken any and all money the record companies had to offer. I once saw Bass Player Roscoe "Brisket" DeWinston eat a pickled egg out of a urinal for five dollars. However fate had different plans for these boys and rightfully so, they don't play national style country music, they are, in fact, the very epitome of the regional sound. This music belongs at a bar and grille on a county road, or a village avenue, not in a newly constructed staditorium. 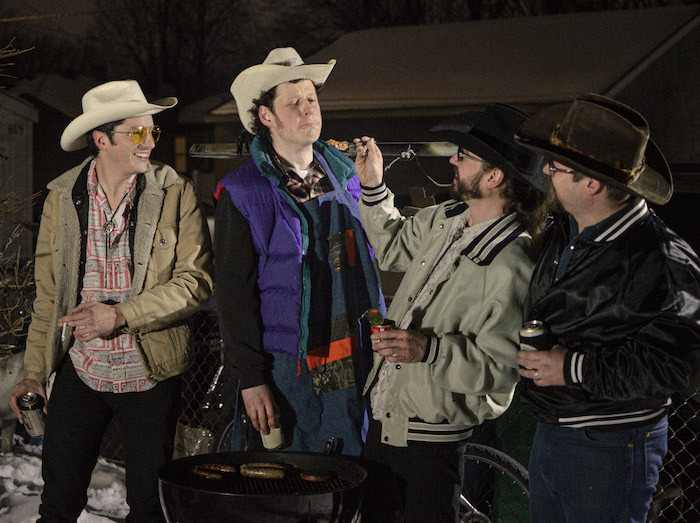