What is the project about?

This is a project for our web design class andthe purpose is to talk about a community event or organization for a website, and that's pretty much it.

March of Dimes was founded in 1938 after the founder contracted Polio. Born on the eve of World War II as the National Foundation for Infantile Paralysis (NFIP), the Foundation achieved an instantaneous popularity that reflected the contemporary popularity of its founder, FDR’s polio disability. Not a lot was really known about polio at the time and not alot of doctors knew what it was or treat it. In later years birth defects where becoming a problem. 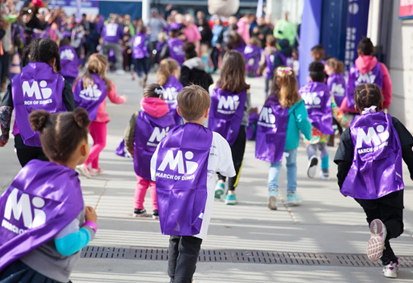 Later the foundation found a new problem, prematurity in infants and other birth defects. An unusual occurrence of neural tube defects (NTDs),coupled with new evidence that folic acid was instrumental in fighting this scourge, led to the March of Dimes Folic Acid Campaign in 1998. This led to many communites and organizations coming together to help. In 2003, the March of Dimes launched its Prematurity Campaign to confront this alarming trend, the nation’s most serious perinatal health problem. The prematurity rate decreased by 15% by 2010 and the Foundation formally added prematurity to its mission statement in an effort to apply additional scientific, clinical and public policy advances to solve this problem. Currently, March of Dimes is stuill going down after 30+ years of research and support and are still doing walks and other efforts to help premature birth defects. So without March of Dimes and thier comunity, there wouldn't be a lot of innovations for babies and other medical solutions.

History and info about March of Dimes Images